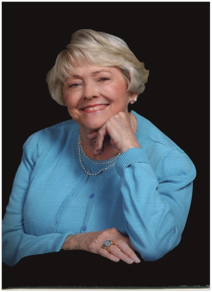 Pam and Tom Edwards were married in 1967 in the Roman Catholic Church. They have two adult children, a son and a daughter—and nine grandchildren and one great grandson. After a renewal experience in 1972 they dedicated their lives and service to the Lord Jesus Christ. Pam took on the duties of managing a Christian bookstore which they owned in Jacksonville, FL.

Later the Edwards launched out in a full time ministry of lay Catholic evangelization and founded Tom Edwards Evangelistic Assoc., Inc. The ministry evolved into an international outreach with an emphasis on preaching and teaching the Word of God.

Over the years, the Lord has opened many doors for Pam to speak to parishes. She has appeared as a guest on the EWTN TV network on various programs such as The Choices We Face, Living His Life Abundantly, and Mother Angelica Live.

Marian Servants is an Association committed to bringing all Christians to a deeper understanding of their vocation and mission in the church and in the world primarily through the ministry of Spiritual Direction. Marian Servants fulfill their mission thru spiritual direction, as well as weekly meetings, retreats and seminars related to Ignatian Spirituality.

Pam’s ministry flowed out of her deep devotion and personal experiences. Not a stranger to adversity, with a lifetime of illnesses, Pam’s goal was to share the truths of our Christian faith and her experience gained from DWELLING ON THE DEFINITE, that is — her relationship with Jesus Christ.